By Kotie Coetzee ~ Chairperson, Museum Board of Trustees
There are not many towns that can boast with the fact that they once had not only their own Bank, but their own Banknote as well.

An article published in 1952 which formed part of the Van Riebeeck Festival of that year, documents the welfare & lifestyle in Montagu up to that year. Under the heading 'Commerce', it simply states: `The Banking Industry is conducive to trade'. At the time, there were men who realised and agreed with this which prompted them to establish a local bank: The Montagu Bank in 1861.

Montagu Bank was a private commercial bank which as you can see from the photo, was directly adjoining the current Standard Bank and today houses a restaurant.
The owner of this building which was earmarked to house the bank, a Mr Danie van der Merwe, was adamant and insisted that he would only sell the building to the bank on condition that he was appointed the Bank Manager. This, despite the fact that he had no experience nor any knowledge of the Banking Industry. His only claim to fame was that he was a wealthy, trusted and well-respected man in the Montagu community. He was duly appointed and soon earned the nickname 'Danie Bank'.

In the December 1997 issue of The Montagu Mail, Michael Wigmore reported that by 1891 there were more than 30 such local banks in the Cape Colony who also printed their own bank notes.

Sadly, the Montagu Bank did not fare too well and had to close its doors in 1868 (just 5 years later). Very likely as a result of the inexperienced bank manager! The African Banking Corporation (ABC) was the next owners, followed by Standard Bank which acquired the ABC Bank’s assets. Around 1949, there was also a Volkskas Bank in Montagu.

The £5 Montagu Bank Note, printed on a steel plate, is a fine example of delicate engraving and the art of printing. It was printed on special 'rijksdaaler' paper which became available in the country in 1782. Directly adjoining the image of John Montagu on the bank note, there is a fairly complex design - for security purposes it would seem. From a southerly view of Montagu, a good few landmarks are discernible, among them the NG Church, the Orphanage (now Jordaan Woonstelle), 20 Bath Street (built in 1854) St Mildred's Anglican Church, Barry's Trading Store on the c/o Bath & Barry Streets, the Parsonage and Jouberthuis Museum.

We can be extremely proud of this snippet of our Heritage! 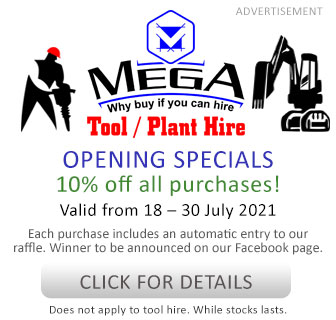